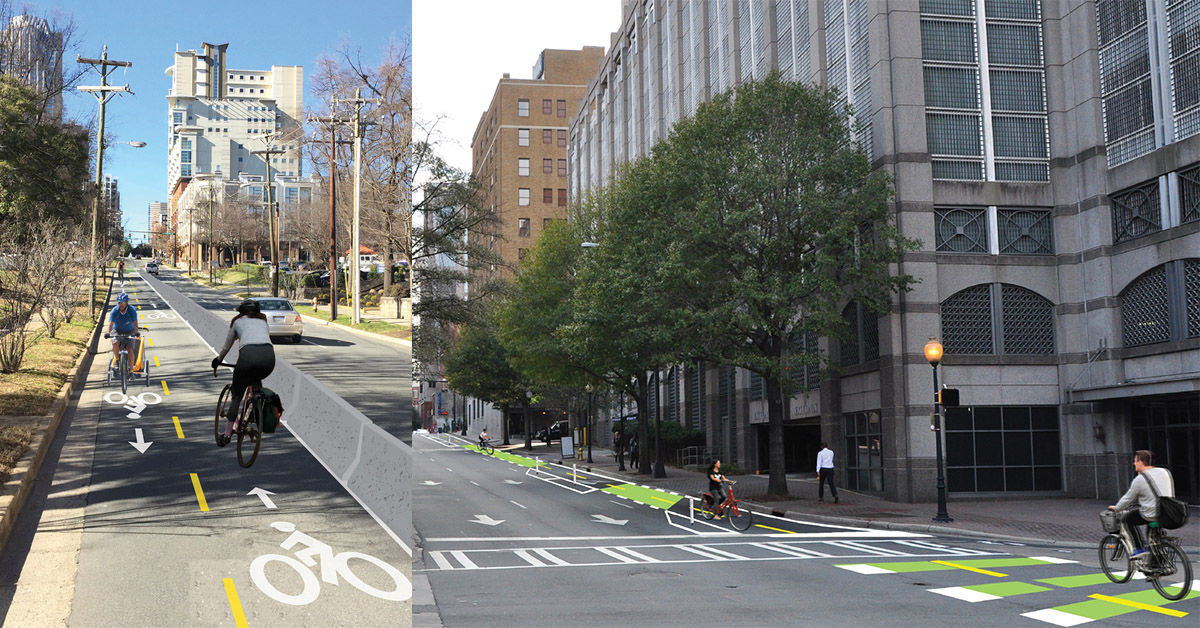 As bike/ped professionals, we have the ability to change the way people experience a place. On a social bike ride in Uptown, a recent retiree and resident of 20 years expressed his newfound love of bicycling through the city. He was experiencing Charlotte for the first time, through new eyes and with new freedom. Last year, Stewart’s Uptown Connects feasibility study set forth a vision for creating a true bike network in Uptown Charlotte that is based on implementing of a variety of facility types that provide appropriate protection and comfort for cyclists.

Based on the combined technical analyses and public input, the study recommended: 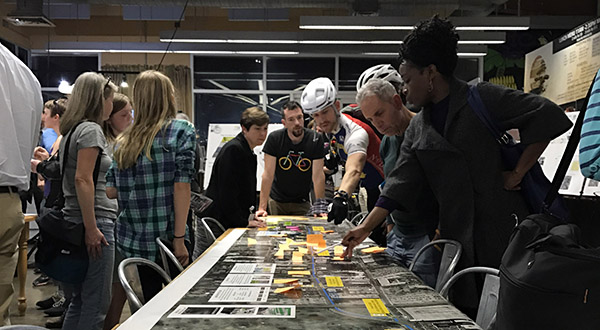 Engaging Citizens in the Decisions: The Uptown Connects team took an active approach to public involvement with interactive workstations at the meeting. Recommendations were reviewed while Charlotteans had food and drink at 7th Street Public Market.

The project team evaluated bicycling options to connect the Little Sugar, Irwin and Stewart Creek greenways to each other and destinations within Charlotte’s center city. The analysis resulted in a priority bike network and long-term bike network for Uptown Charlotte. 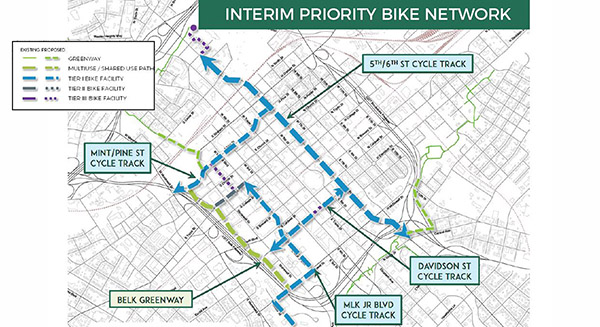 The study recommended the design and construction of a two-way cycle track along 5th and 6th Streets from Irwin Avenue to McDowell Street. Cyclists will be physically separated from vehicular traffic by barriers for a majority of the corridor. The cycle track can be implemented within existing curb lines and has limited effect on congestion and parking as it crosses the city center. Serving as a spine for cyclists traveling east/west through Uptown and between the Little Sugar Creek and Irwin Creek greenways, the cycle track recommendations feature signalization for bikes, multiple types of barrier protection, driveway crossings, and intersections.

We have recently resumed our work on the project with the Charlotte Department of Transportation, kicking off the alternative development and design process. Uptown employees and residents will be able to find out more about alternatives and design features when Stewart and the City host a full day of pop-up information booths throughout the Queen City in early August. 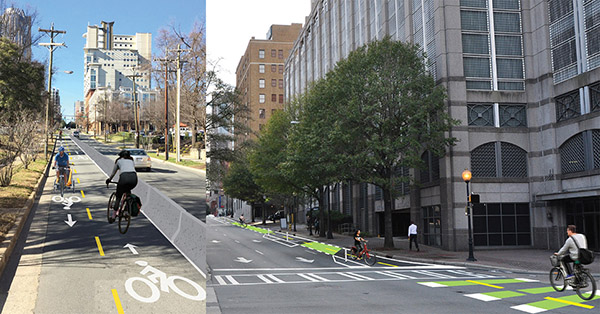 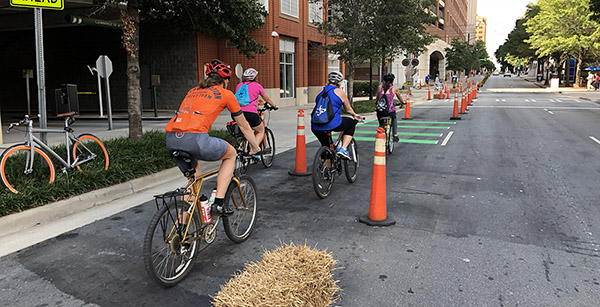 Testing It Out: Bicyclists and roadway users get an opportunity to experience a cycle track built on 5th and 6th St through Uptown using temporary materials. Feedback from this “pop-up” experience has already helped inform the ultimate design of the project.

Redevelopment along Stonewall Street just north of I-277 John Belk Freeway is transforming the south side of Uptown. The study recognizes the importance and the value of providing a premier connection along this corridor to the existing greenways east and west, the Lynx Blue Line, and major sporting venues like Bank of America Stadium and BB&T Ballpark. The proposed Belk Greenway will create that link with a multiuse trail located between the new development and the freeway, from traveling from Mint Street to McDowell Street with limited street crossings and grade-separated paths across freeway ramps and under overpasses.

The nature of this Uptown urban greenway connection offers a unique opportunity for features which will make it an iconic project. Similar projects across the nation include strategic shade spots, public art and murals, specialized/changeable lighting, custom benches, and lush landscaping. Although the facility will require extensive coordination with developers and NCDOT to complete, the connection offers a unique opportunity for branding and art installations that could make it an iconic feature for Uptown Charlotte.

Premier Greenway: A phased approach to the Belk Greenway Connector will require extensive coordination with NCDOT and redevelopment projects. It has the opportunity to connect the Cedar Yards/Irwin Creek Greenway and Little Sugar Creek Greenway with Lynx Blue Line, and major sporting venues like Bank of America Stadium and BB&T Ballpark.

For more information about Uptown Connects, check out these project updates from Charlotte DOT and Center City Partners. 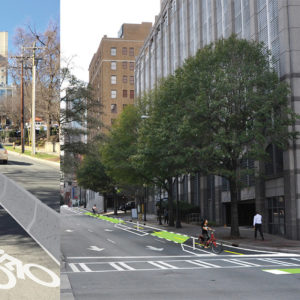 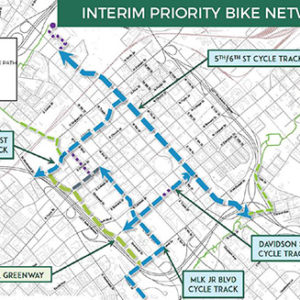 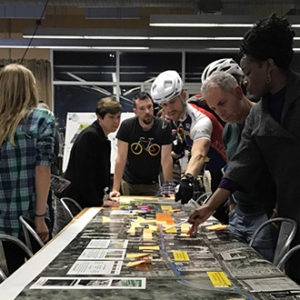 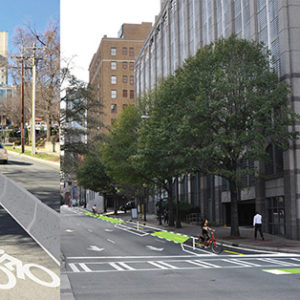 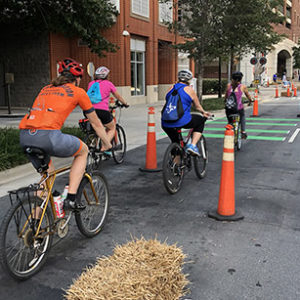 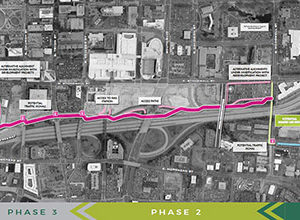