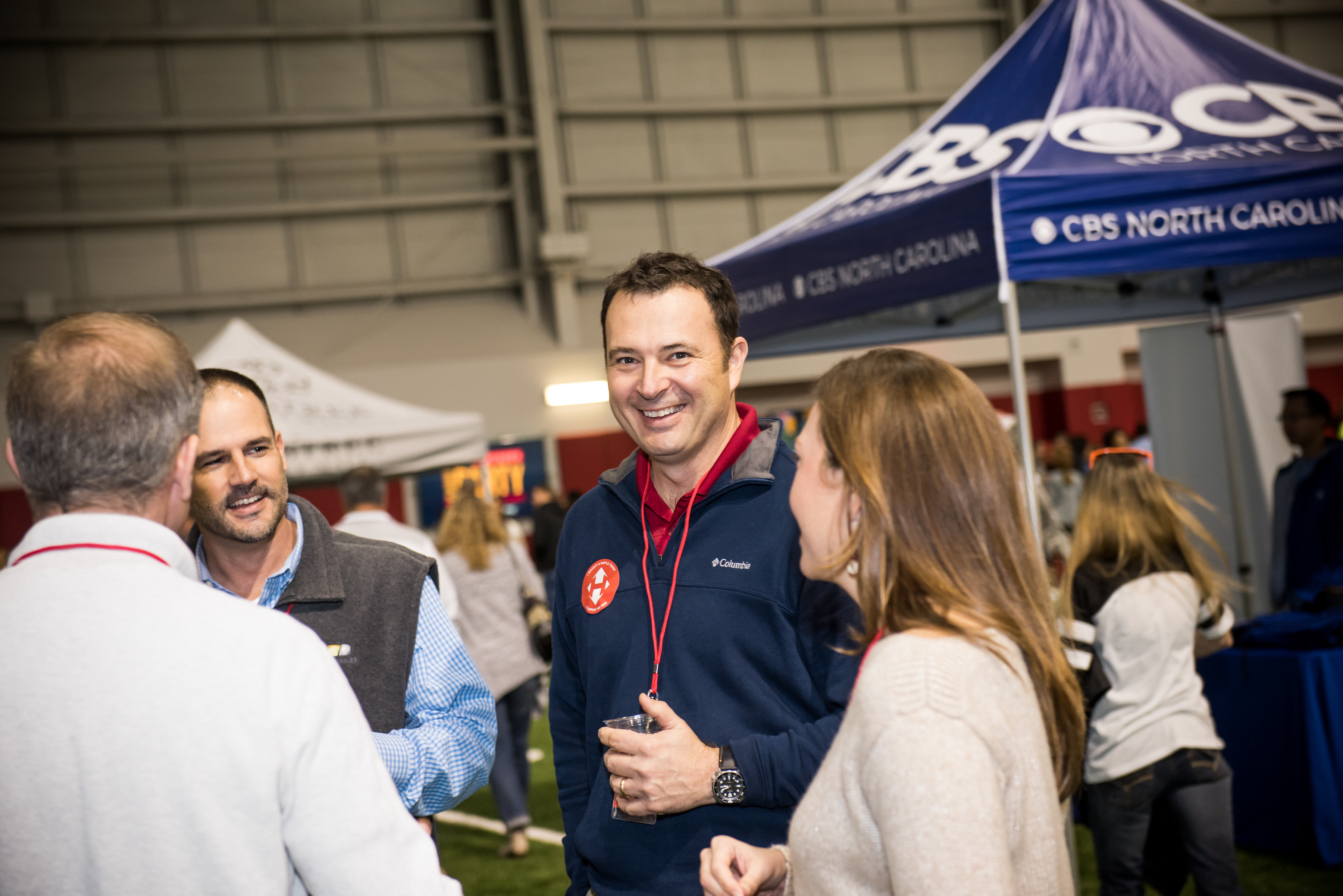 It was a sunny spring day many years ago, when John T Jenkins, II received a call from an enthusiastic man with a Colombian accent. Although John and the engineering firm he owned were being courted by another firm, being the courteous gentleman that he is, John decided it wouldn’t hurt to return the call from this man named Willy Stewart and hear him out. If nothing else, John thought, it would be a solid networking move. It turned out to be the best decision of his professional life.

The way John tells the story, it only took spending a few hours on a Friday afternoon with Willy, meeting a few employees, and touring Stewart’s office, to convince John to ditch the other suitor, join forces with Willy, and merge his civil engineering firm with the expanding Stewart Engineering.

John was immediately struck by the atmosphere of Stewart’s office. It was not a stuffy, rat maze of cubicles; it was a very colorful, creative, open and innovative space with inspiring quotes from philosophers and business leaders on the wall of the open lobby. He remembers thinking, “This is a different kind of firm.” John knew the culture of starched white shirts and ties at typical engineering firms just wasn’t for him. In the parking lot after his fateful meeting with Willy, John called his wife to tell her, “Something just feels right…this is where I need to be!”

And he has never looked back.

Now that John has reached the notable milestone of 20 years of civil engineering work at his own firm and in his tenure as a leader at Stewart, I asked him to look back and tell me about a legacy project of which he’s most proud. His answer summarized just how amazing the synergy has been between this self-described atypical engineer and this one-of-a-kind firm.

Saying he couldn’t narrow it down to just one legacy project or even a small handful of really good ones, John said that it seems like every few years a project has come along that outdoes that last big one. Some were challenging and complicated in that live-it, breathe-it, keep-you-up-at-night kind of way that gave him a huge sense of accomplishment when they were complete. Others offered rare experiences that he had never dreamed of, like the chance John had a few years ago to travel to, and design a project in, the Maldives.

Then there was John’s work in Haiti, where he had the pleasure of visiting on six different occasions and that allowed him the amazing privilege of master planning and designing a Christian school in a third world country, a project on which he knew he was making a real difference in the lives of deserving, underserved children. Through subsequent projects in Paraguay, Ecuador, and Jamaica, John felt a deep sense of gratification both professionally and spiritually in helping to impact the lives of children and people in far-off communities, through projects he had never dreamed he’d be able to work on.

And you can’t forget about his work with Stewart’s new Global Sports and Events service line. John said he never thought, being an engineer, that he’d find himself sitting in the trophy room with executives of the PGA of America, interviewing for a multi-year contract to design and manage the construction of their championship events and competing against the largest and most established sports and events architecture firm in the world. But in a complete David vs. Goliath story, Stewart won the contract, officially establishing the new service line and now leading to even more exciting and fun work around the world.

So now John has reached the milestone of two decades of excellence in civil engineering and leadership at Stewart, and he can look back knowing he made the right decision to return Willy’s phone call that day. Those of us that have the pleasure of working with John every day will always be so glad that he did!