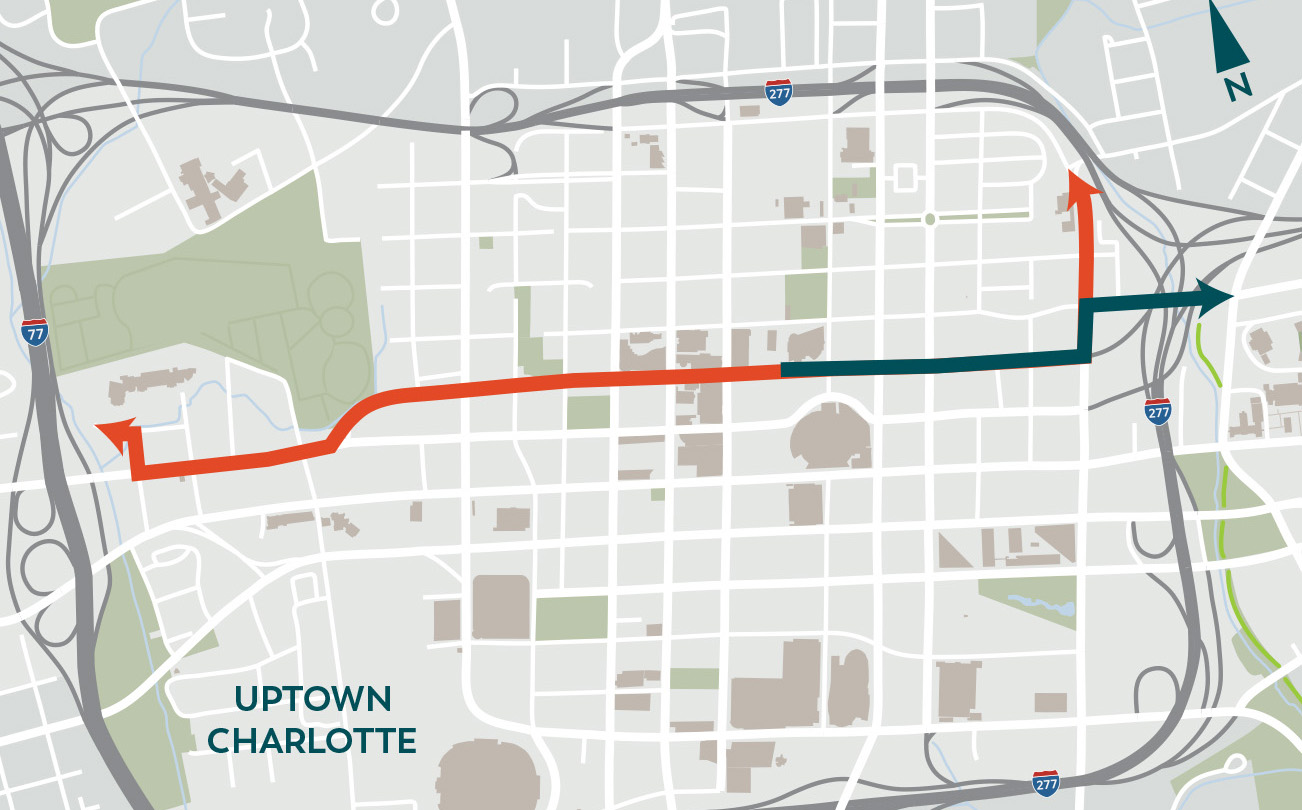 The full cycle track project will continue along 6th Street to 5th Street and connect to the Irwin Creek Greenway. It will include median improvements to better separate the bike lanes from traffic, improving safety for pedestrians and cyclists. Construction is scheduled to begin in Fall 2020 and is estimated to be completed in 2021.

“Cyclist mobility, safety and awareness is an important part of our efforts to make Charlotte a better city for bicycling,” said Kate Cavazza, Bicycle Program Manager, Sustain Charlotte. “The pilot cycle track and planned expansion is a development we have been looking forward to for many years. We’re excited to continue to work with the City of Charlotte and their consultant Stewart to make the final track a reality and help propel cycling forward in the Queen City.”

Stewart has played an important role in the design and development of the cycle track to-date, including collaborating with Charlotte DOT and Charlotte Center City Partners for the Uptown Connects feasibility study. This study set forth a vision for both short- and long-term options to provide comfortable multimodal facilities for pedestrians and cyclists of all ages and abilities. With the first pilot cycle track project open to the public, such facilities are now becoming a reality.

“We’re excited to be helping Charlotte residents and visitors overcome the challenges of cycling and walking through Uptown,” said Todd Delk, the project’s manager at Stewart. “The public input that we have heard throughout the project in meetings and events like last night have helped us create a design that will serve pedestrians and cyclists of all ages.”

Attendees at yesterday’s Shifting Gears public action workshop heard firsthand the plans for the expanded cycle track, and participated in a 30-minute guided ride down the pilot track. Representatives from Stewart, Charlotte DOT and Sustain Charlotte were on hand to gather public input during and after the event to help further improve Uptown development plans.

To learn more about the project, go to bit.ly/UPTOWNCYCLETRACK. 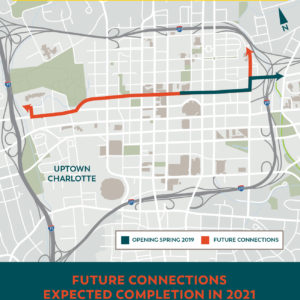 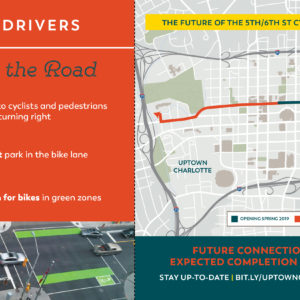 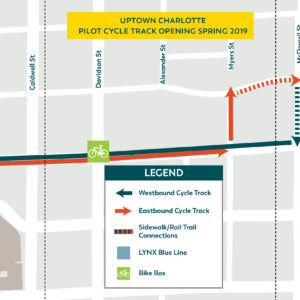 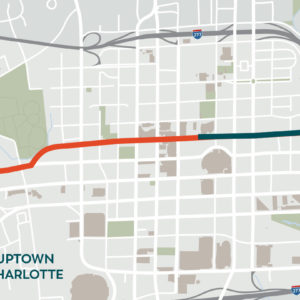