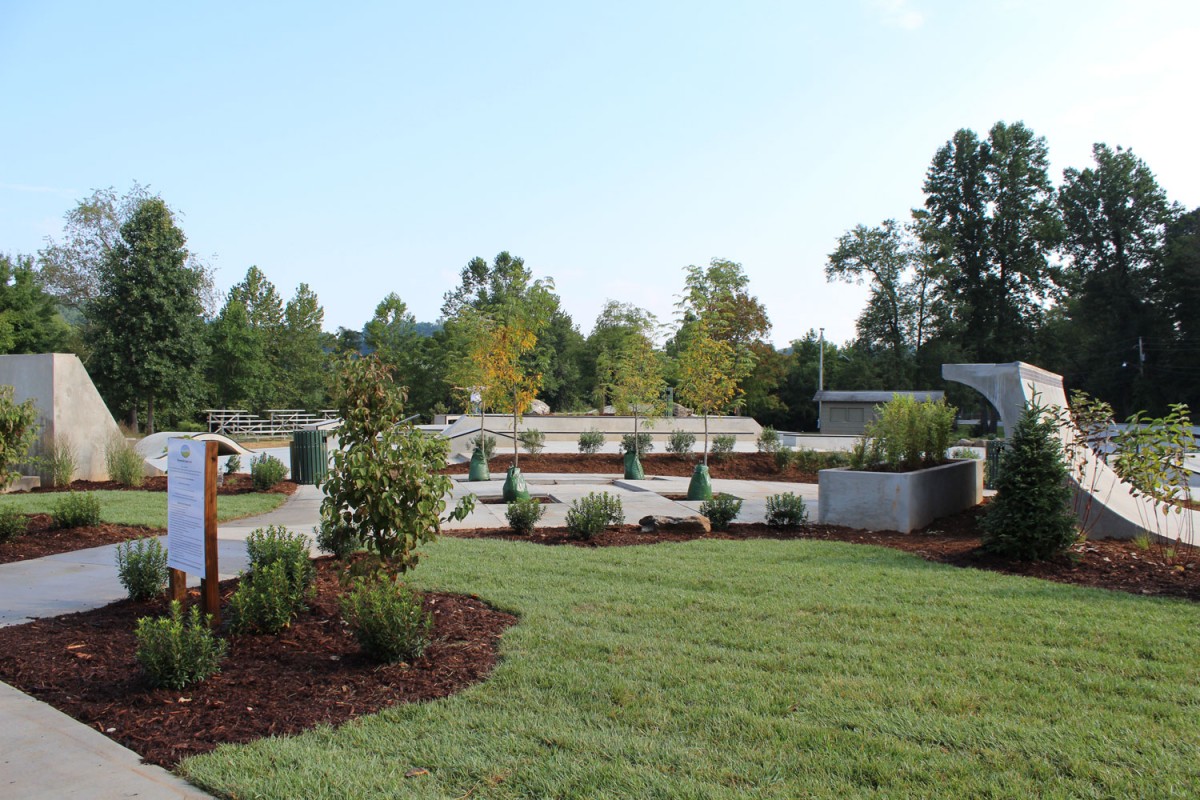 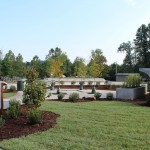 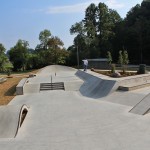 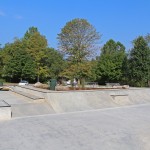 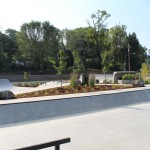 With the majestic Blue Ridge Mountains as the backdrop, this urban style park includes over 8,500 square feet of cast-in-place concrete with elements that are designed for maximum flow. The park also includes a pedestrian plaza with a special area to display donor recognition bricks, a connection to the local greenway and adjacent dog park, and relocation of two tees as the park was designed in the fly zone of two disc golf holes. We also collaborated with the Town’s horticulturalist to select specimen trees that are native to western NC, represent the best performers in the region, and to add trees to the town’s inventory that aren’t as prevalent. We stretched the budget to balance the hardscape with a beautiful and abundant landscape which also included several tons of boulders that were hand selected and transported from the town’s landfill.

The Town of Waynesville engaged Stewart to take over the project in the design development phase after releasing the original designer for poor performance. Stewart significantly improved the “flow” of the park and enhanced the skateable elements without making vast changes to the park layout as it had been vetted through the local stakeholder and public involvement process. The original consultant failed to design the project within the town’s stipulated budget and mismanaged the schedule which put the town in jeopardy of losing the PARTF grant funding. Stewart completed the construction documents while scaling back some of the ancillary components that weren’t associated with grant funding, developed an add alternate strategy for bidding purposes, shepherded the project through the permitting process, guided the town through a pre-qualification process in order to select the best skatepark subcontractor and then publicly bid the project for local general contractor participation.

The project was highly successful; by pre-selecting a highly qualified subcontractor, partnering them with a general contractor with local ties, and developing an add alternate strategy with a unique unit price bid form, we were not only able to meet the escalated construction schedule but we were able to tailor the project to within the town’s construction budget.