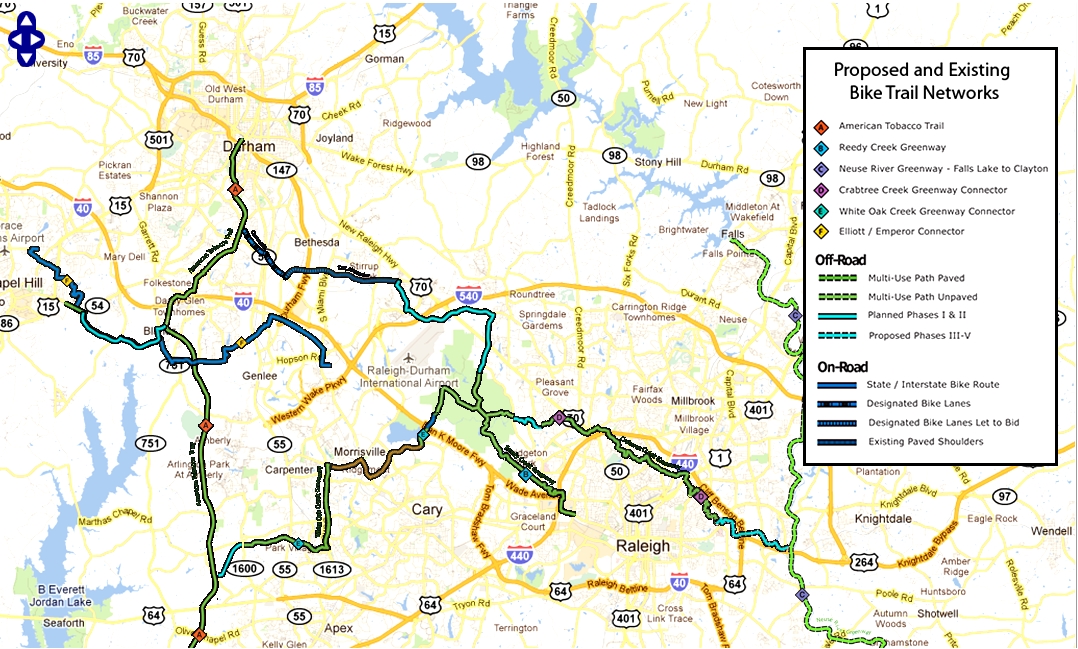 Davis Wealth Management Foundation is currently focused on the Triangle Commuter Bike Initiative (TCBI), which will improve the health of Triangle area residents and reduce the overall community carbon footprint. This will be among the first communities in the country to accomplish this level of bicycle transportation for cycling commuters.

Phase I of this project will allow Davis Wealth Management Foundation to build 4.6 miles of bike lane, connecting over 58 miles of existing bike lanes in the Research Triangle Park area.

Stewart provided a pro bono feasibility study and cost estimate for Phase II of the project, which connects Brier Creek to Umstead Park along Lumley, Westgate, and Ebenezer Church Roads. Stewart studied the lane widths and the configuration of the existing roads to determine the most effective way to accommodate bicycles. In many cases this was simply a matter of narrowing the vehicle lanes by restriping in order to provide a bicycle lane within the limits of the existing pavement. In other cases it was necessary to widen the pavement, which also required studying the effects on other features such as culverts, guardrails, and utilities.