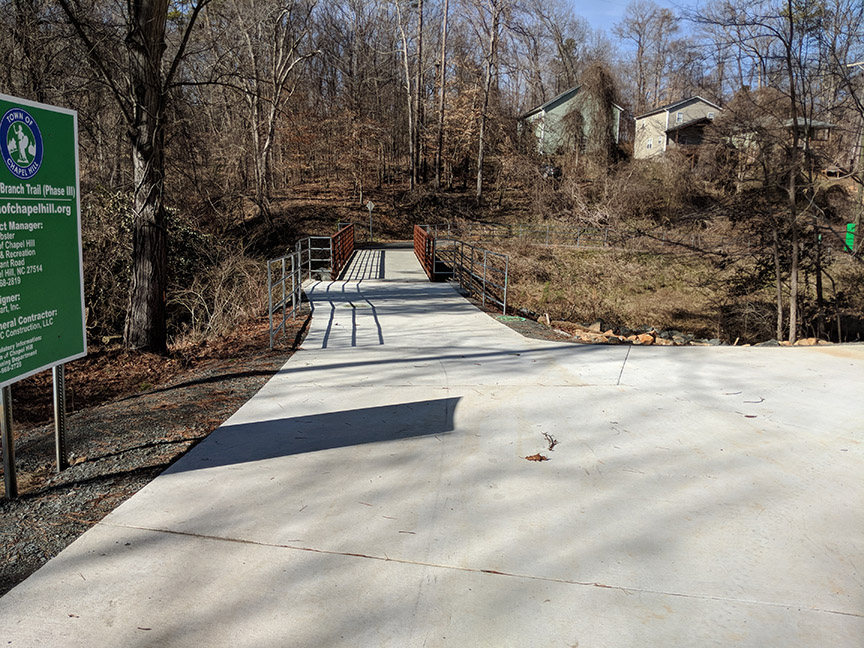 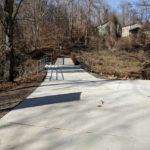 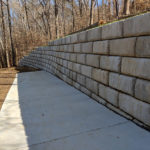 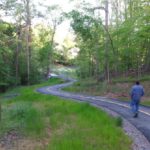 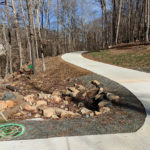 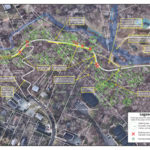 Tanyard Branch Phase 3 is the last connection that gave trail users access to downtown Chapel Hill from the Bolin Creek trail that previously reached from Estes Drive up to Umstead Park. The trail had been on the Town’s Bike plan as a high priority. Stewart designed a trail that preserves much of the forest it winds through and restores several sections of erosion. Many coordination meetings were held with the Town’s Urban Forester, OWASA, and the general public.

During construction, Stewart identified a potential future erosion control issue. Rock excavated during construction was used on-site to stabilize slopes and strengthen the integrity of the creek bank.