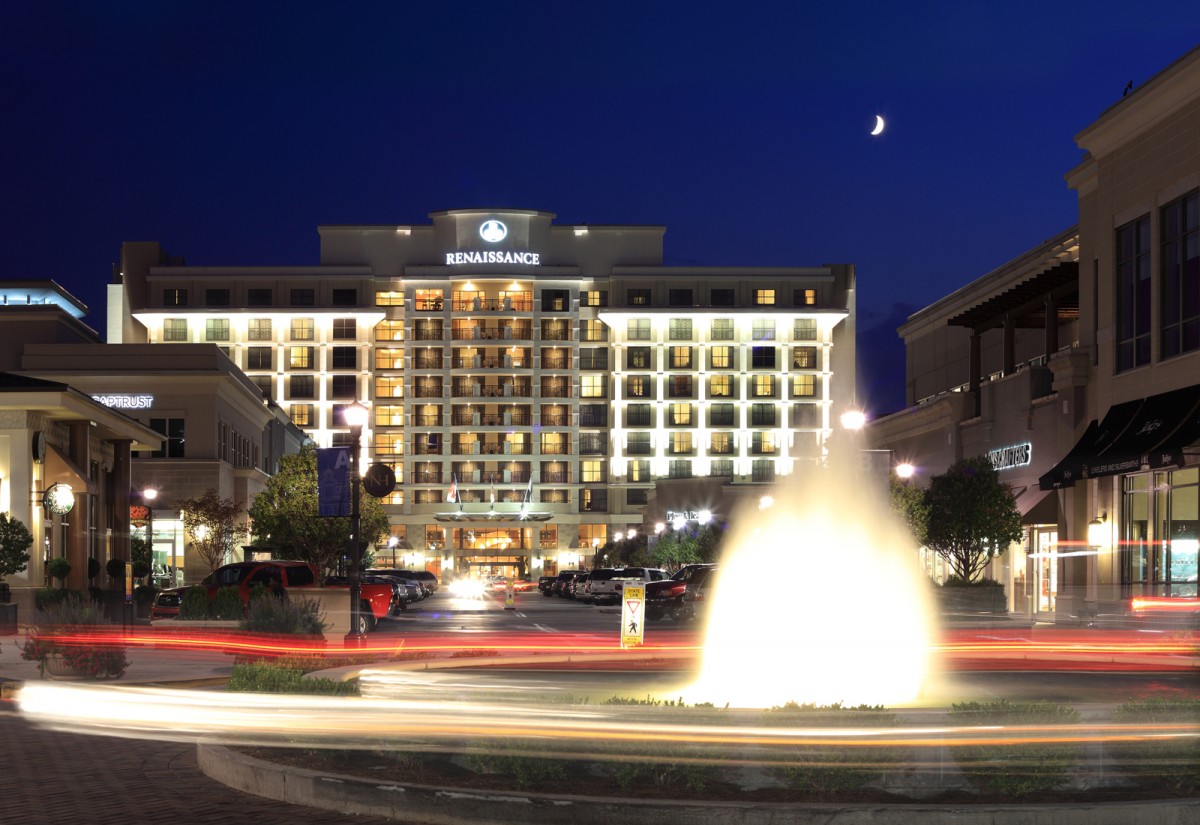 Constructed in the late 1960s, North Hills Mall was the first multi-storied, indoor, air-conditioned mall between Atlanta and Washington, D.C. As numerous modern shopping centers opened in Raleigh during the last decade, North Hills eventually fell by the wayside and closed in 2001.

The redeveloped North Hills reopened in late 2004 as Raleigh’s “Midtown” – a district of three city blocks designed to draw people with its mixed-use variety. North Hills features luxury condominiums and apartments, a theater, a world-class athletic club, upscale retail and a full spectrum of dining options.

Anchoring the North Hills redevelopment is the 10-story, 240-room Renaissance Hotel. This four-star luxury hotel features 12 suites, a club level, 8,000 to 10,000 square feet of meeting space (including a 6,000-square-foot ballroom), and an upscale restaurant. It is situated on one of Raleigh’s prime locations at the corner of Interstate 440 and Six Forks Road. The Renaissance promises to serve as a landmark hotel for the Triangle, as well as the East-Central region of North Carolina.