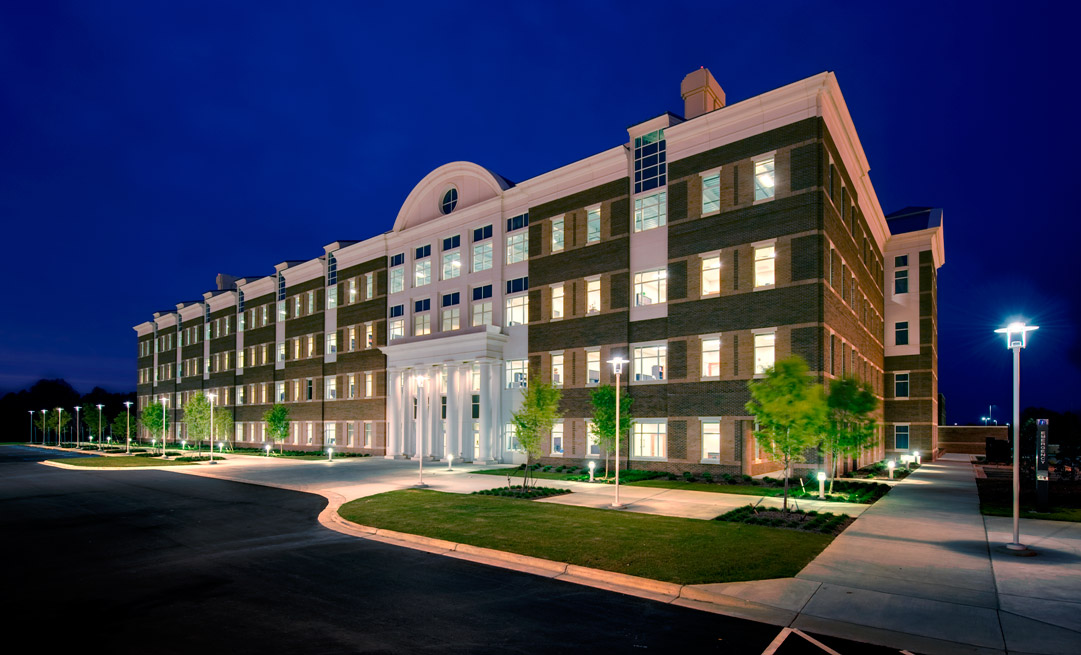 In an effort to fight heart disease, a leading killer in North Carolina, East Carolina University and the University Health Systems began planning for the Cardiovascular Diseases Institute on the Health Sciences Campus in 2004.

Critical components on this project were the special foundations, where over 800 auger cast piles were monitored during installation. The structural steel members and connections were designed and inspected with both visual and non-destructive testing methods. This included continuous inspections during the on-site erection and welding, when required, as well as periodic ultrasonic and magnetic particle testing of the structural welds. Other inspections included masonry, soil, fireproofing and cast-in-place concrete.

Based on the code requirements of the region, seismic and high wind load requirements had to be documented for the structure, the exterior envelope veneer and roofing.