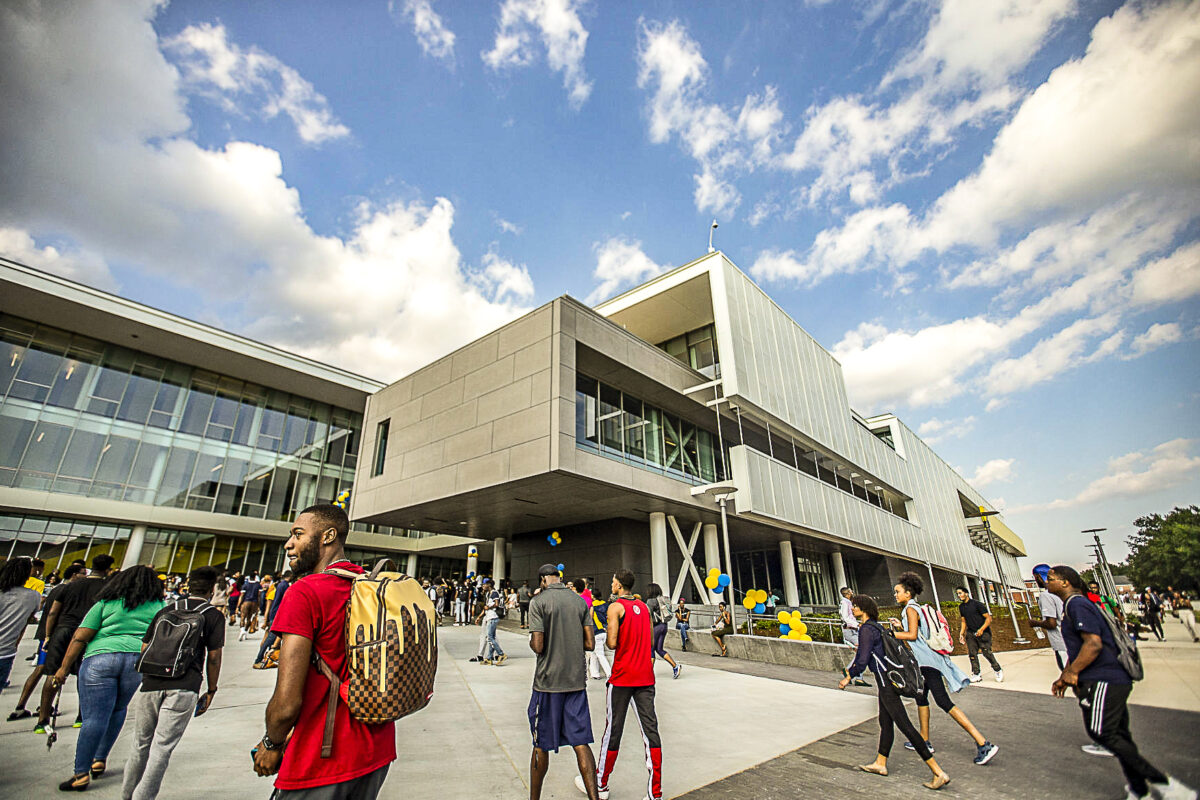 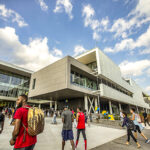 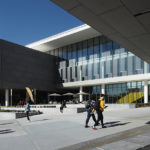 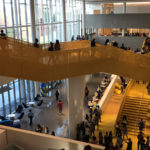 Opened in 1969, the original student union was built as a gathering space for the students. The facility was expanded as the university grew. Over time, the university has continued to grow along with the increased need for a central “living room” of the university. This project demolished the 1969 portion of the building and added significant space to the remaining portion. The new, larger building makes a statement on campus, as well as better meeting the needs of the university and its students.

The new $70 million student center has state-of-the-art features and technology consistent with the ideals of the university. The building also features large window walls that provide views out to the rest of the campus and views into the building highlighting its key features, such as the dramatic yellow staircase that provides additional seating spaces for students.