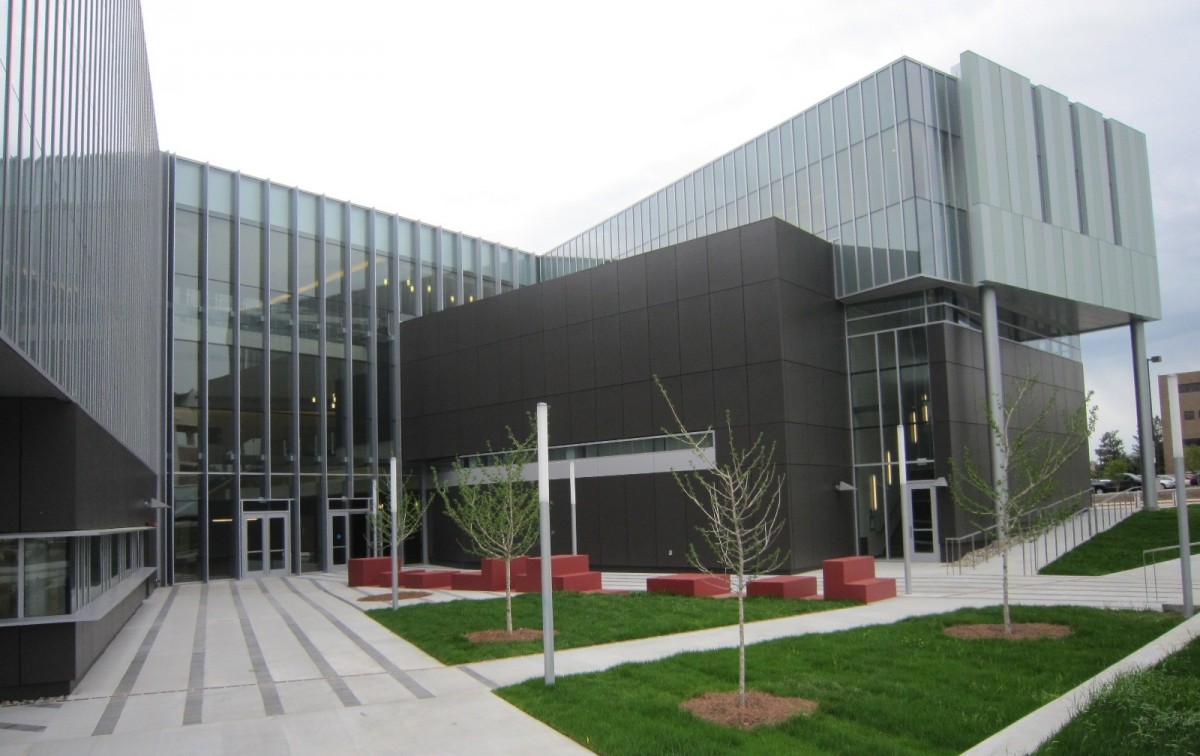 This three-story, 88,700-square-foot building is part of a new gateway leading into the southern edge of the NC A&T campus. Located near the award-winning School of Education (another one of Stewart’s projects) and just south of the planned bell tower, this project is the centerpiece of the plan.

Stewart was responsible for civil and structural engineering on this project. The firm assisted in the coordination of the storm drainage relocation, which ran through the site but needed to go around it instead. Stewart was also responsible for grading, stormwater management, and water and sewer service extensions.

On the structural design, the building features a complex footprint of skewed bars joined by a common open atrium space. Each bar has a series of column grids at different angles to the adjacent bar grids, resulting in irregular framing and deck span transitions at the interface of the bars. The open atrium space added to the challenge in distributing the lateral forces between the diaphragms in each bar. The grid layout is further complicated by the need for large, uninterrupted classroom spaces on the first floor with the smaller classroom spaces on the second and third floors. This required long span beams and transfer beams to allow for a larger column grid layout on the first floor.

Also included is a large, two-story lecture hall in the southwest bar. This space features two 68-foot-plus trusses to allow for the column free space with the smaller classrooms above on the third floor.