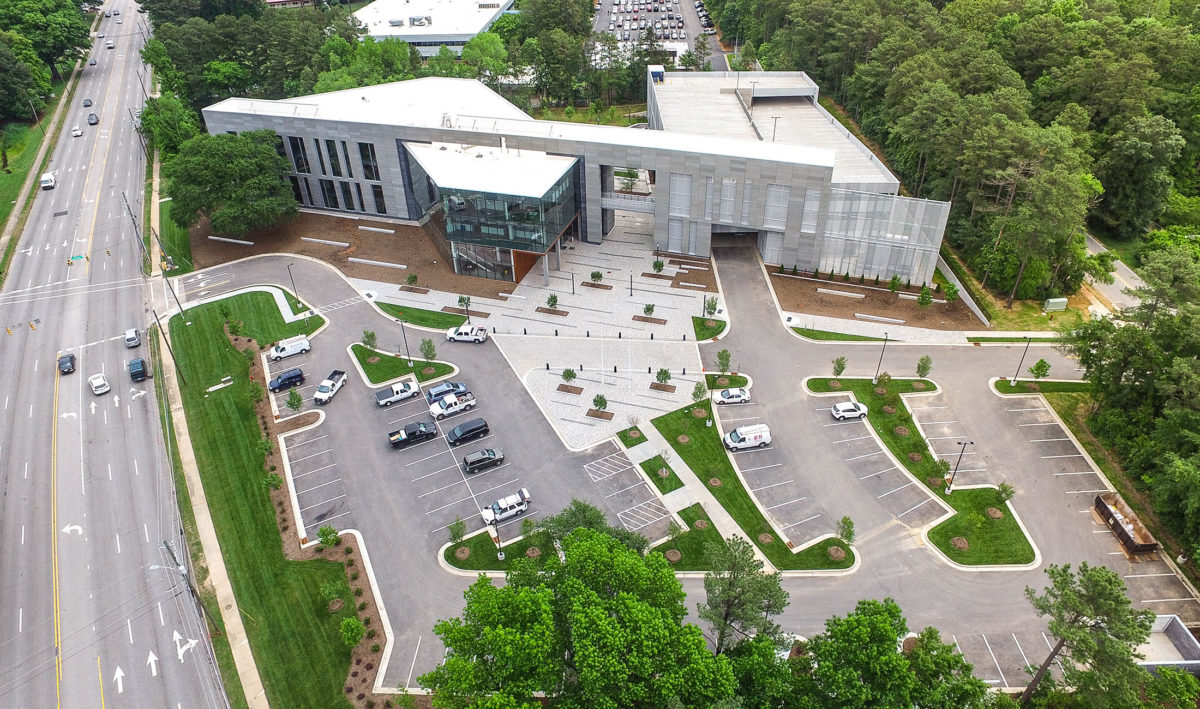 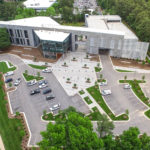 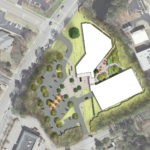 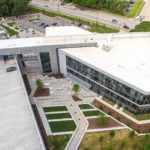 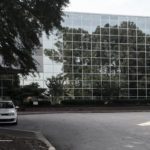 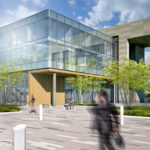 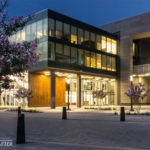 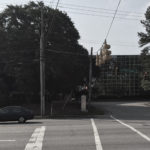 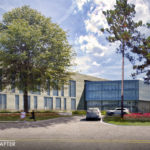 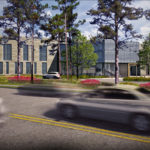 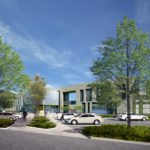 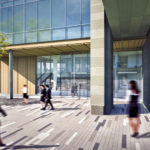 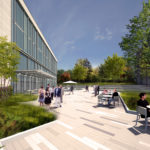 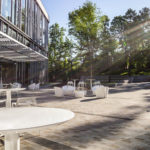 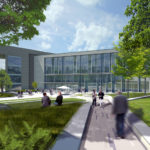 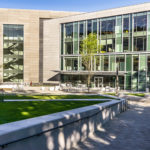 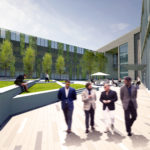 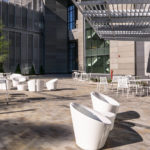 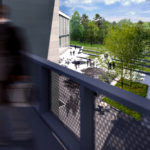 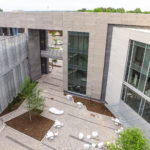 Highlights of the renovation include a new façade over the entire building perimeter, a 2-story glass atrium space which is to serve as the building lobby, and a new pedestrian bridge connecting the building to the new parking structure. Two new stair towers and a 1-story monumental stair were integrated into the building. In addition, an architectural roof-top wall system spans the entire length of the building and parking deck, creating a visual relationship between the two structures.