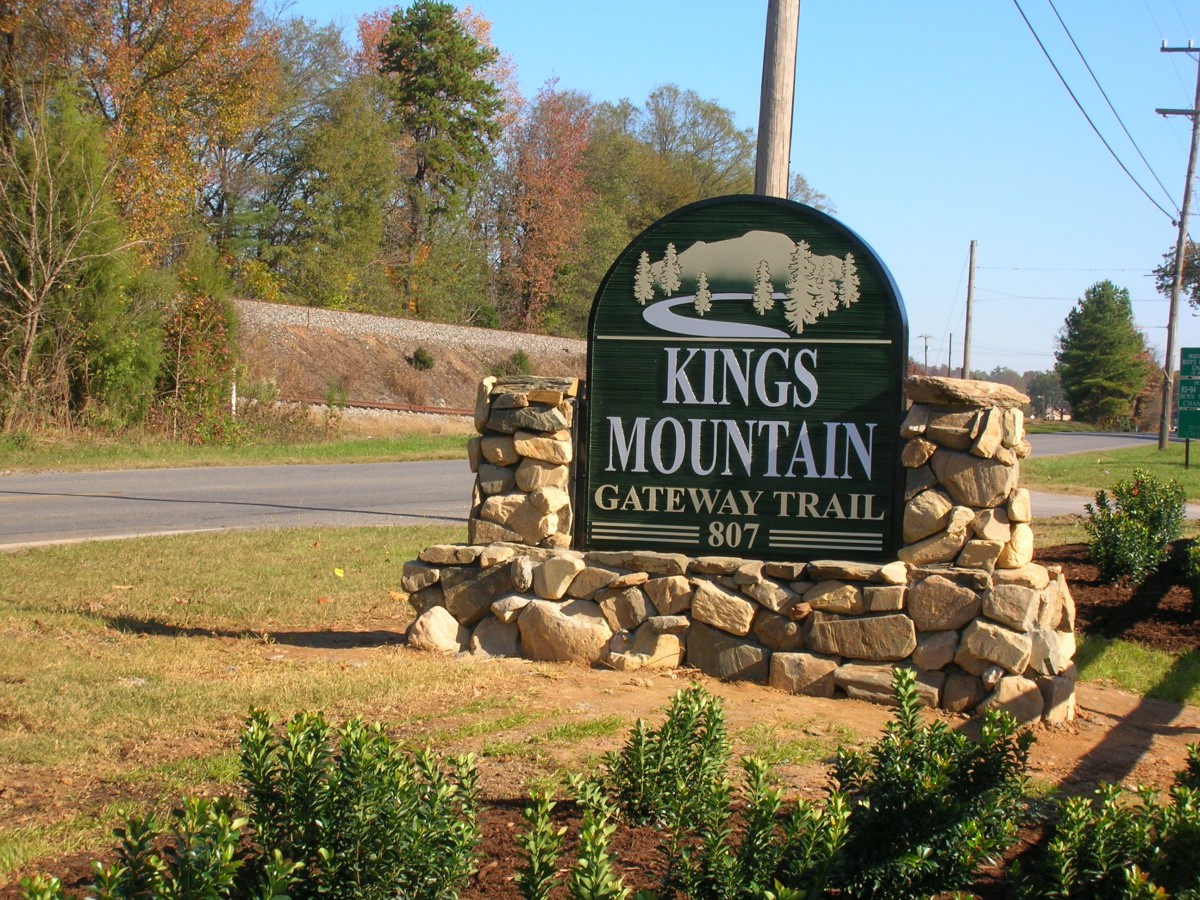 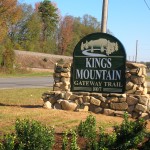 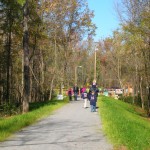 This trail will link downtown Kings Mountain to Crowders Mountain and Kings Mountain State Parks, and Kings Mountain National Military Park and the Overmountain Victory National Historic Trail. It is a 10- foot wide trail, both paved and soft surface. It uses an existing bridge to cross I-85. The first phase is over five miles. Kings Mountain Gateway Trail, Inc. applied for and was awarded a 2008 PARTF Grant, Bikes Belong and Carolina Thread Trail Grants in 2010, and a Green Leaf Grant in 2011. Segments one and two opened November 2009 and segment three opened in 2012. They were dedicated as a segment of the Carolina Thread Trail in Cleveland County. Phase VI was constructed in 2015. Options for Phase V have been developed with the county and they are getting assistance from the National Park Service.