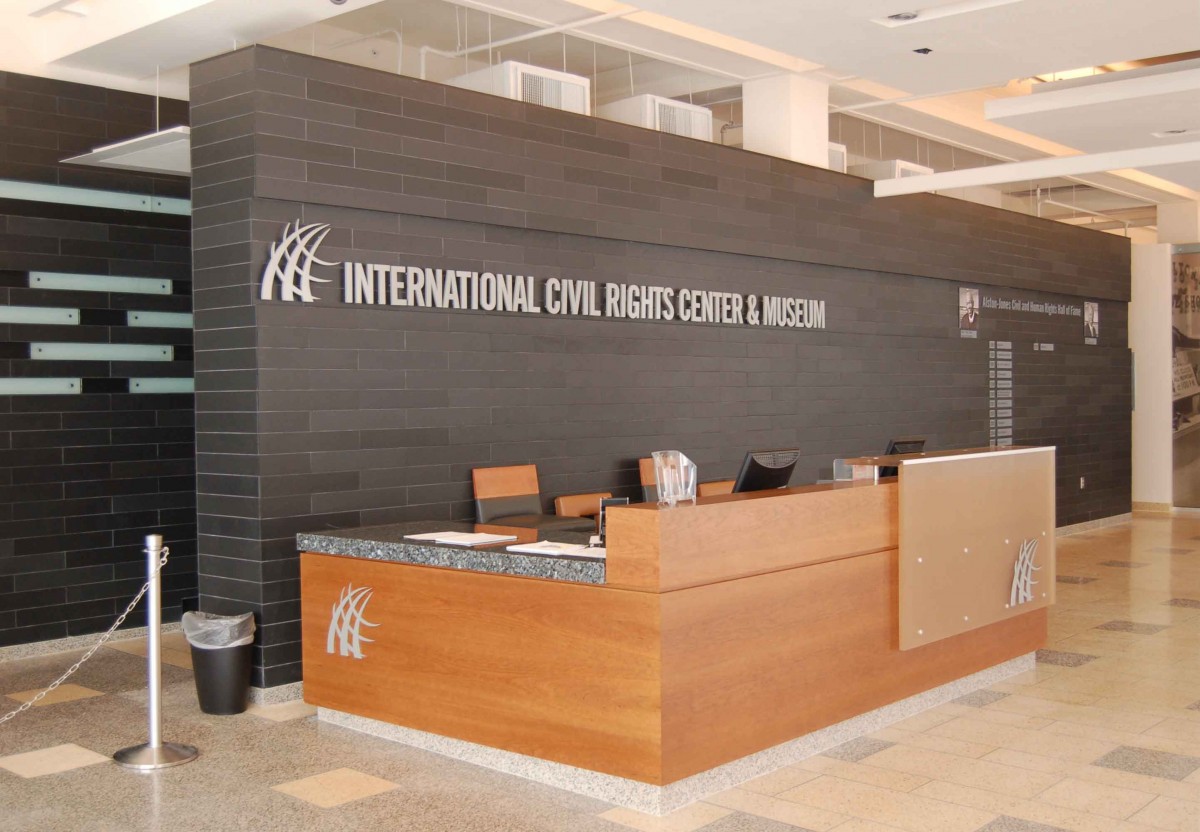 On Feb. 1, 1960, four freshmen from North Carolina A&T State University entered the F.W. Woolworth store on South Elm Street. Seating themselves at the whites-only Woolworth lunch counter, they ignited a movement to protest segregated public eating facilities and unequal access for African-Americans across the United States. The International Civil Rights Center & Museum is located on the very site of that original sit-in. It honors those who participated in the 1960 sit-ins and other demonstrations this action spawned.

The project revolved around the renovation of the 43,695-square-foot, three-story F.W. Woolworth building. The building dates back to 1929. A small corner store was incorporated into the main building space, and an elevator, stair and two escalators were added. The project also included the reframing of areas of the floor to accommodate those changes.

The upper floor serves as the main office for the International Civil Rights Center. Upfit structural changes included verifying existing live load capacity, reinforcing the floor beams and the creation of an entirely new mechanical platform on the roof framed into the existing building columns.

Stewart also coordinated water, sewer and storm drainage connections with the public system and helped foster the project through express review with the City of Greensboro.

Due to the nature of renovations, inspections / testing services were necessary sporadically throughout the project. We worked closely with the contractor to ensure project requirements for soils, masonry, concrete and steel were met.