Haiti: Building a Community from Within / Haiti 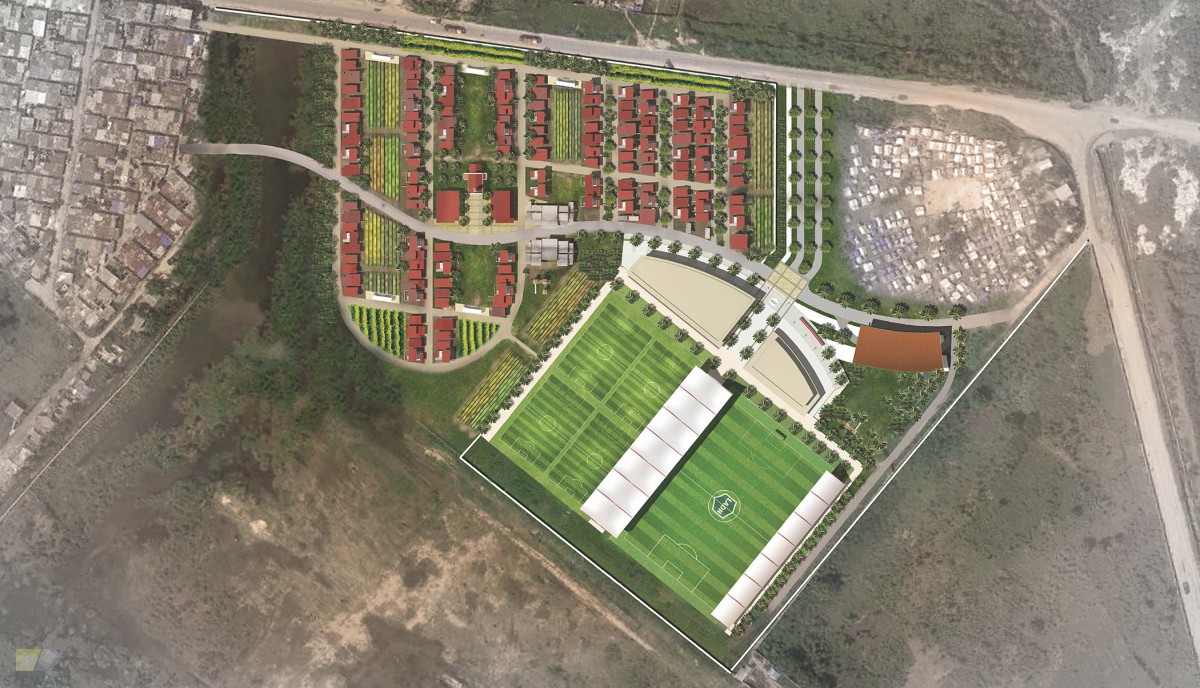 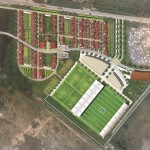 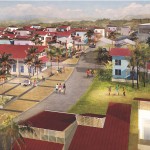 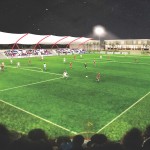 This project was a pro-bono effort initiated by our team and it consists of a conceptual planning idea to create a transitional community in Haiti, infused with the notion of futbol as a catalyst for hope and a source of pride for an improved life. The project is purposefully grounded in the evident realities of limited infrastructure and resources available for residents. To develop the plan, we started with fundamental building blocks of a community, people and home. Six planning principles were developed around the idea of first creating a suitable home for residents, then building a strong sense of community around the habitat. Homes and their facing porches begin to create the fundamental source of community. A framework is developed to interconnect people and common necessities including a market, church, school, futbol academy, common farms, water points and waste points. The context area of the study was deeply affected by the earthquakes and living conditions are deplorable. The pragmatism embedded in the plan provides a sense of reality for a transitional community in this devastated area. Embedding realistic solutions of necessary infrastructure heavily influenced the plan and increases the sense of community.

The landscape architectural team served as the lead planner, designer and thought leader for the planning effort. The team also included civil and structural engineers to help influence the discussion of the limited infrastructure resources affecting the community planning. In addition, the landscape architects developed the digital visualizations which capture the character of the community.