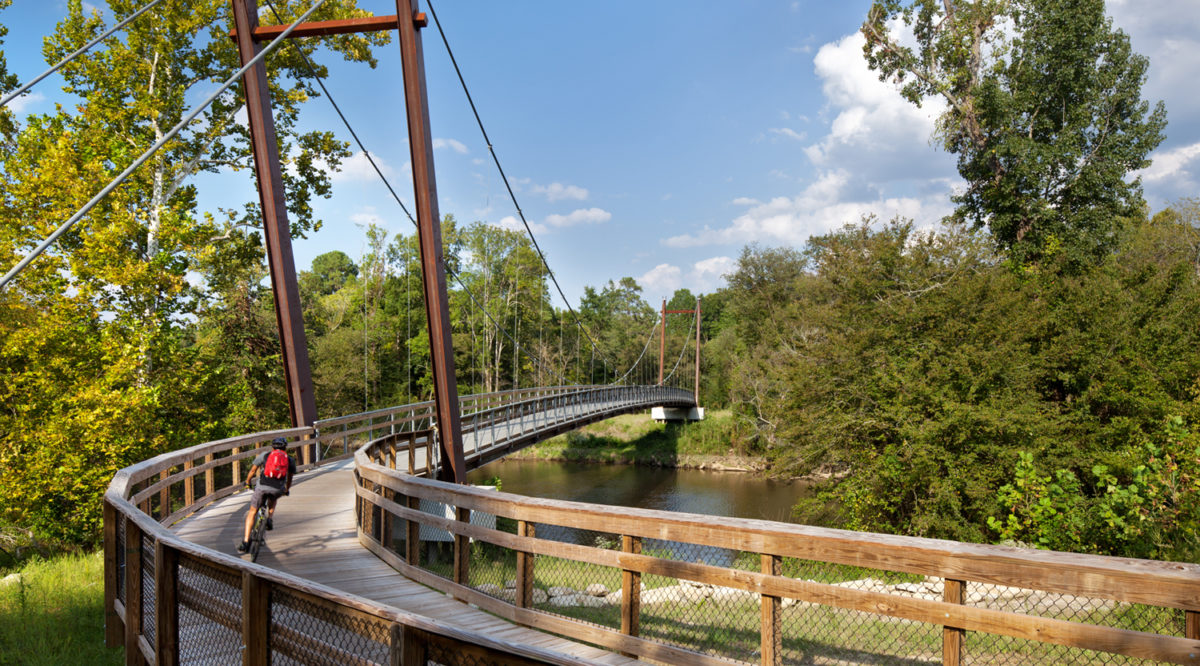 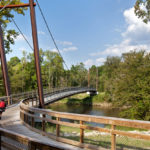 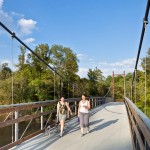 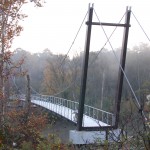 The two 275 foot single span suspension bridges consist of structural steel framing and concrete decks. Controlling vibrations and deflections was accomplished by utilizing the bridge guardrail to stiffen the structure. Additionally, rock anchors were used to resist the large tension forces applied to the foundation by the main suspension cables.

These suspension bridges will save the City of Raleigh over $1.2 million over traditional prefabricated steel bridges. They will also serve as a unique attraction on the Neuse River Greenway Trail since suspension bridges are not common in the Triangle area.

For more information on the greenway itself, click here.