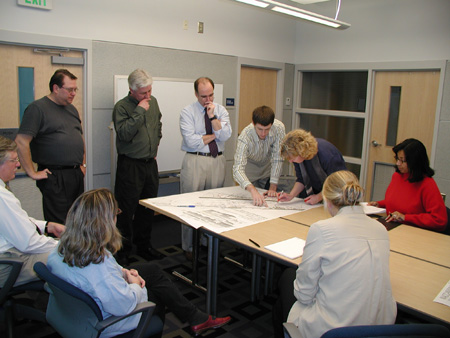 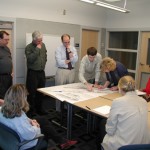 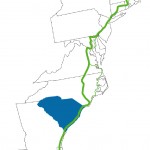 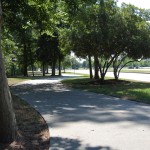 This project consisted of a 65-mile stretch of the East Coast Greenway (92 miles shown in the final plan), which will ultimately span from Key West, Florida to Calais, Maine. The plan looked at options for routing along the corridor and rated each segment according to pedestrian/bicycle safety, tourism benefits, and coastal experience. Team members included engineers, environmental scientists, and graphic designers. Creative signage and monuments direct users and serve as landmarks. The plan also included a reforestation plan, design manual and interpretative focus area package. The end result is a useful plan from which the Waccamaw Regional Council of Governments can build a fun, functional, and educational portion of the East Coast Greenway. This project won an Honor Award from NCASLA in 2008.