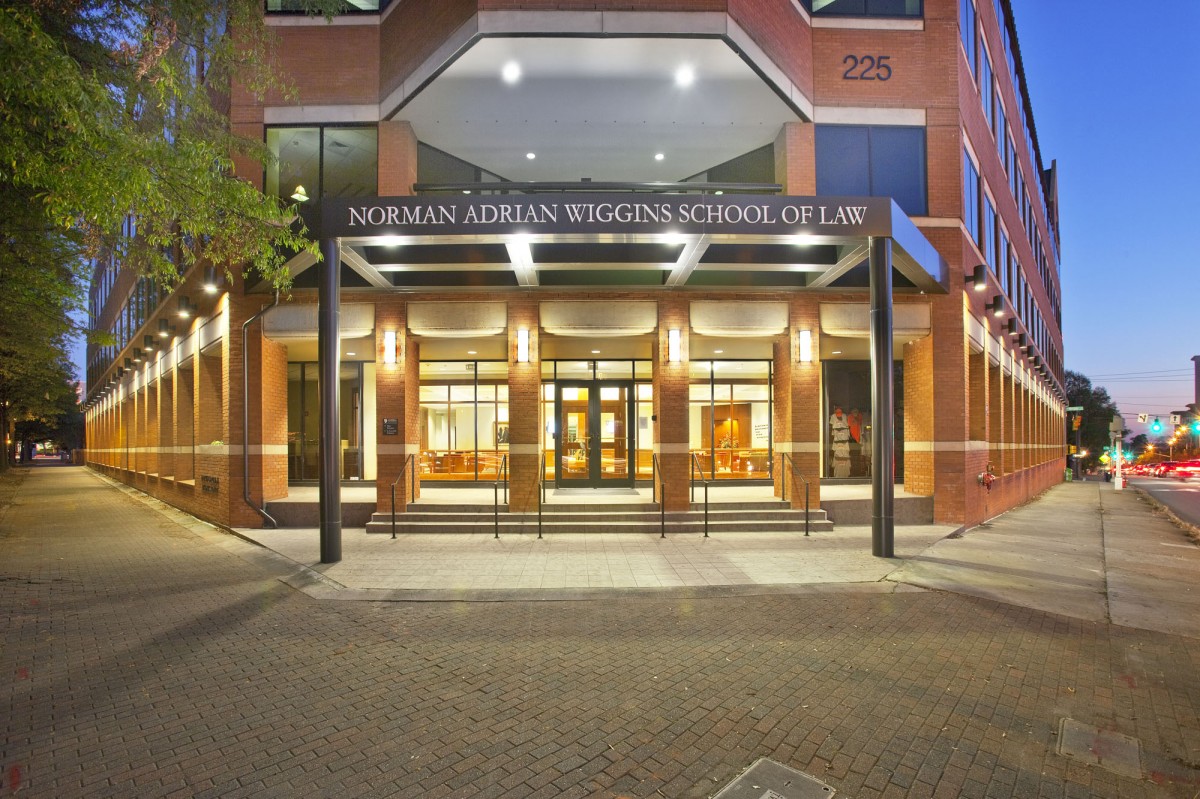 In late 2007, Campbell University, a private college located in Buies Creek, N.C., announced it would relocate its law school to downtown Raleigh. With a 30-year history, the Campbell University Norman Adrian Wiggins School of Law offers one of the premier legal education programs in the Southeast. The move to North Carolina’s capital city furthers partnerships with legal experts and government – and accommodates a growing number of commuters from the Raleigh area.

One of the building’s main features is the two-story glass pavilion at its rear entrance. The pavilion is framed with structural steel and will have cantilevered aluminum “fins” supporting both a glass canopy and aluminum sunshades.