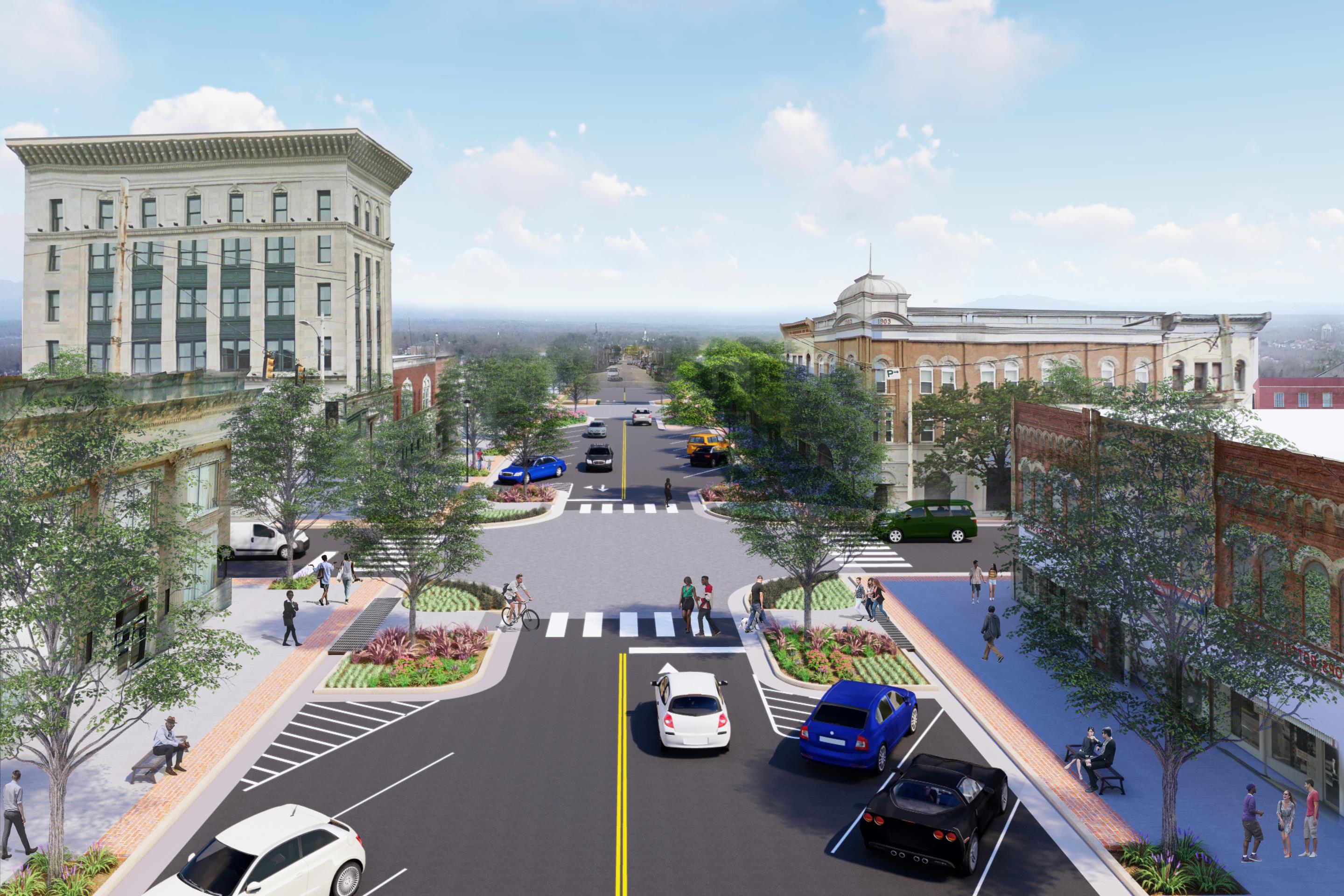 The Queen Street project was a deep undertaking for Stewart’s engineers, designers, and planners in order to revitalize a declining main street in Kinston, North Carolina. With a desire to reinvigorate a previously booming downtown, Stewart’s Landscape Architecture and Civil Engineering team worked with the City of Kinston to reimagine Queen Street’s heyday and breathe life back into a historic area. All this hard work culminated in snagging American Planning Association – North Carolina’s Great Street in the Making award. With the City invested so heavily in such a project, this win comes with excitement and pride not only for Stewart but also the citizens of Kinston, all while bringing positivity and hope for the future.