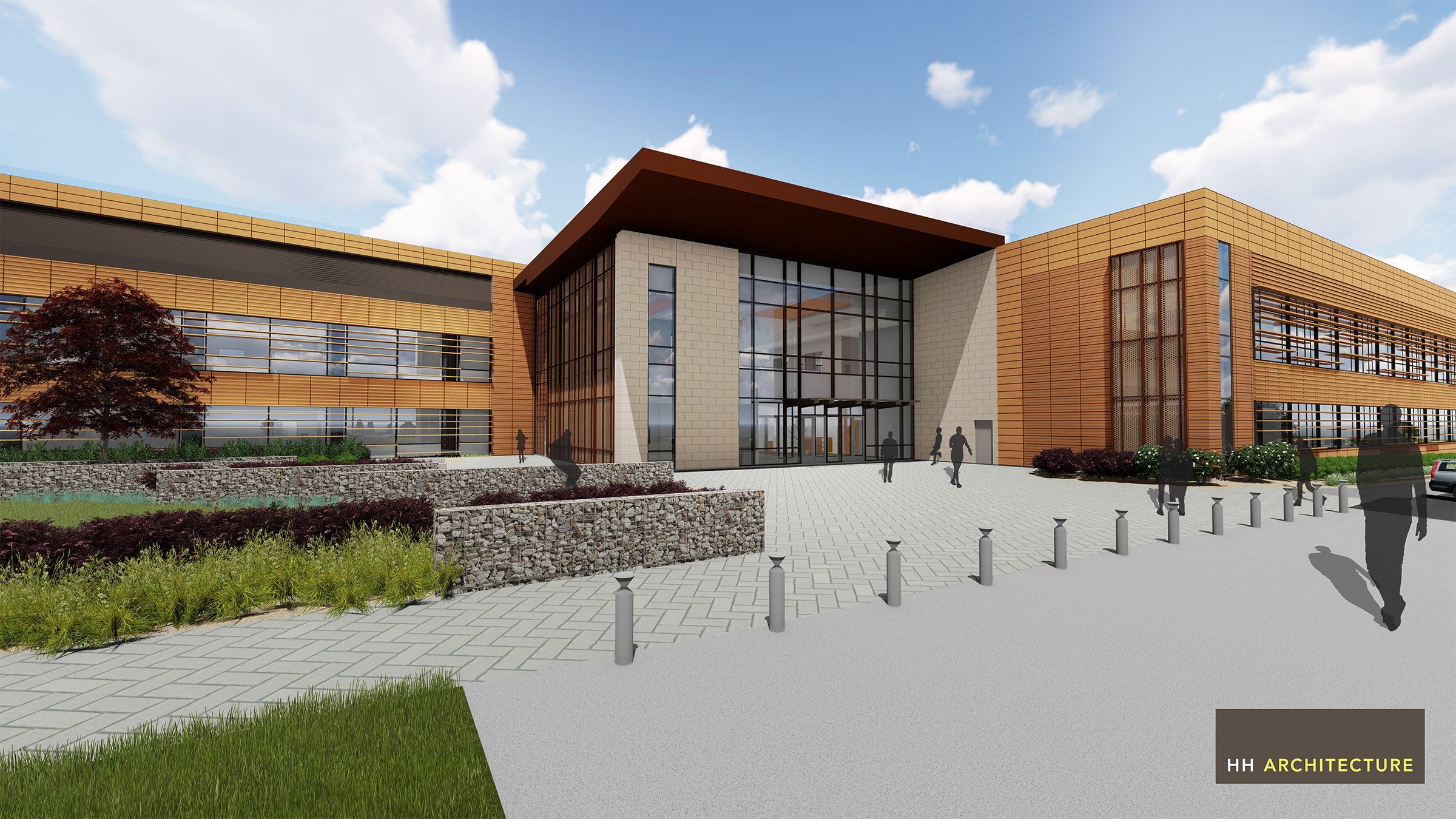 The new North Carolina Department of Agriculture and Consumer Services Center is a transformative project for the Triangle region. Once completed, the new facility will house four state divisions: Food and Drug Protection, Standards, Structural Pest Control and Pesticides, and Veterinary. The building will also provide conference and meeting spaces for over 170 employees.

Stewart has been honored to team with HH Architecture on this project involving our Civil Engineering, Structural Engineering, Geotechnical & Construction Services, Landscape Architecture, and Geomatics practice areas. Stewart was a major contributor to the overall design of the project, which will reflect the state’s goal of innovation, efficiency, and collaboration. Stewart capitalized on these three values throughout the course of the project.

“The NC Department of Agricultural and Consumer Services consists of 21 separate divisions that had previously been located in separate facilities across Wake County. The biggest challenge for the design team was to design a building that would co-locate the divisions under one roof,” said Charley Lewis, PE, LEED AP, NBIS, who is serving as structural engineering project manager. “Meeting this challenge required several design charrettes with each of the divisions individually and collectively to determine how to accommodate each group’s needs.”

The varying soil conditions of the Triangle region presented a challenge to the geotechnical engineering team, who performed subsurface exploration (soil test borings, test pits, and ground vibration recordation) during design and continued support of Stewart’s CMT field staff for matters related to the soil earthwork during construction. “As with most sites in the Triangle region, the soil conditions varied considerably at this site. This was compounded by the large footprint of the site,” said Don Brown, PE, LEED AP, geotechnical principal-in-charge and engineer-of-record. “It was not uncommon to encounter veins of soft and hard soils in relatively small areas, making recommendations for repairs tricky.”

Stewart collaborated with HH Architecture and the rest of the design team to create outdoor meeting spaces, low-maintenance landscaping of native plant materials, and a welcoming entry sequence for the facility, located on the corner of Reedy Creek and Edwards Mill roads in Raleigh. The expansiveness of the site prompted the civil engineering team to think outside the box: “Stormwater design was a challenge due to the significant increase in impervious material on the site. The stormwater design combined with the landscape architecture blended the site into the open field by splaying out the parking in a radial fashion from the main entry,” said Joe Puckett, PE, LEED AP, civil engineering project manager. “This splay action allowed for room to place stormwater devices in between parking bays. This design and engineering approach accomplished many goals: it provided stormwater treatment, served as a stormwater conveyance, broke down the scale of the parking lots, and most importantly, saved money on the project overall.”

The structural engineering team also provided suggestions to overcome issues with the project budget. “Tariffs on imported steel imposed during the design phases was one major reason the project went over budget,” said Lewis. “The design team, Department leadership, and the construction management team participated in several value engineering meetings to come up with ways to bring the project back into budget while committing to deliver a state-of-the-art facility for the Department.”

The construction of the structural components of the building are nearly complete and has been supported by Stewart’s CMT/SI team, performing inspection and testing of soils, cast-in-place concrete, structural masonry, structural steel, cold formed steel framing, sprayed fire-resistant materials, and asphalt. Interior upfit is currently ongoing, with end of construction for the Agricultural Sciences Center anticipated for Fall 2020.