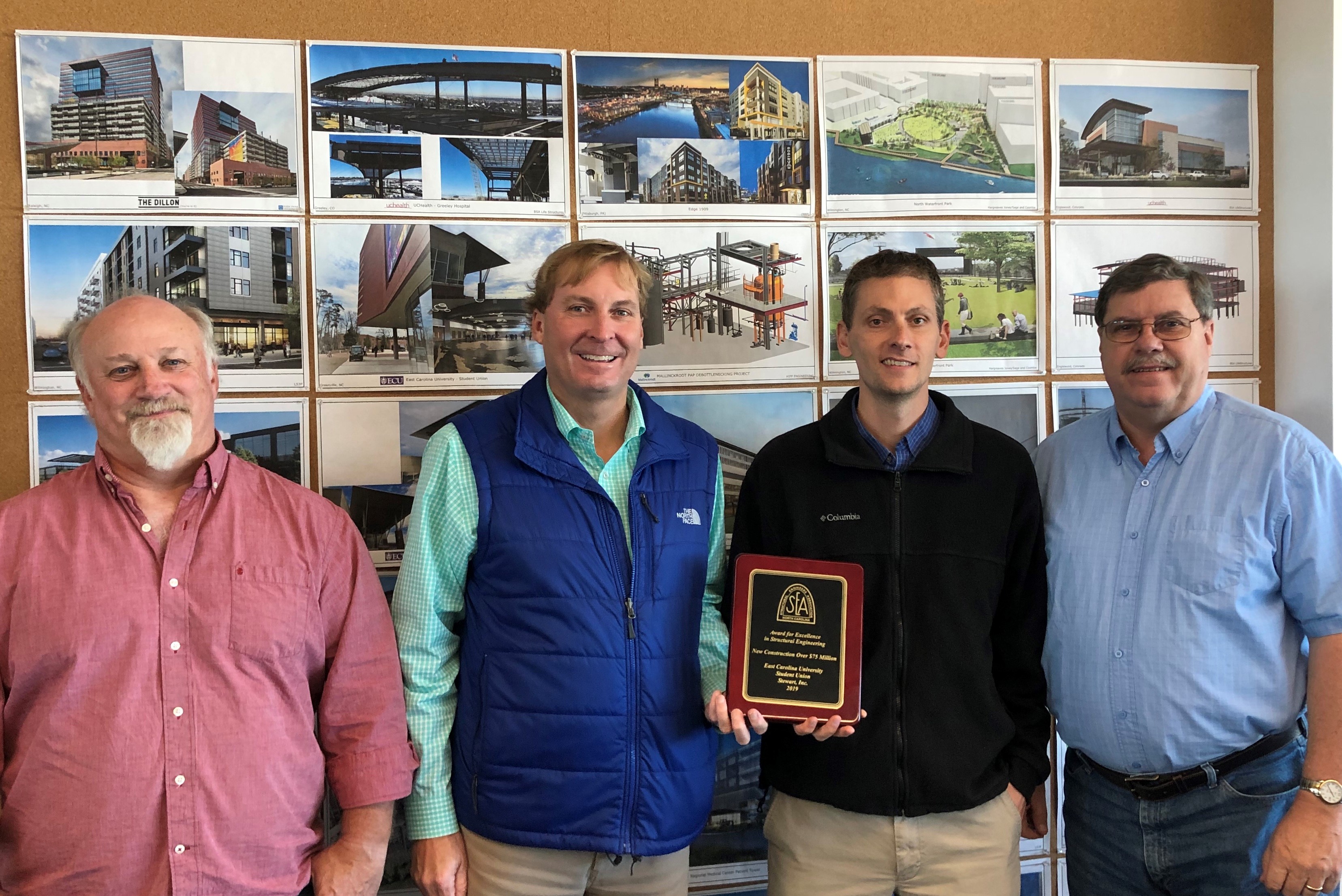 East Carolina University’s Campus Student Center received a 2019 Award for Excellence in Structural Engineering from the Structural Engineers Association of North Carolina (SEA of NC). Each year, SEA of NC highlights some of the best examples of structural engineering ingenuity throughout the state.

Stewart collaborated amongst practice areas and with key partners to design and develop the new student center, which blends cultural, arts, hospitality, and recreation spaces into a central location for ECU’s near 29,000 student body population.

Stewart’s structural engineers collaborated with Perkins & Will to bring their vision of an inclusive and welcoming space to life. “Partnering with Perkins & Will on this transformational project for ECU was awesome. Their creativity challenged us to solve numerous complex problems,” said Craig Fisher, Manager of Structural Engineering and Stewart Project Manager for the Campus Student Center.