#LifeatStewart / Football, Food, and Fun for the Holt Brothers Foundation 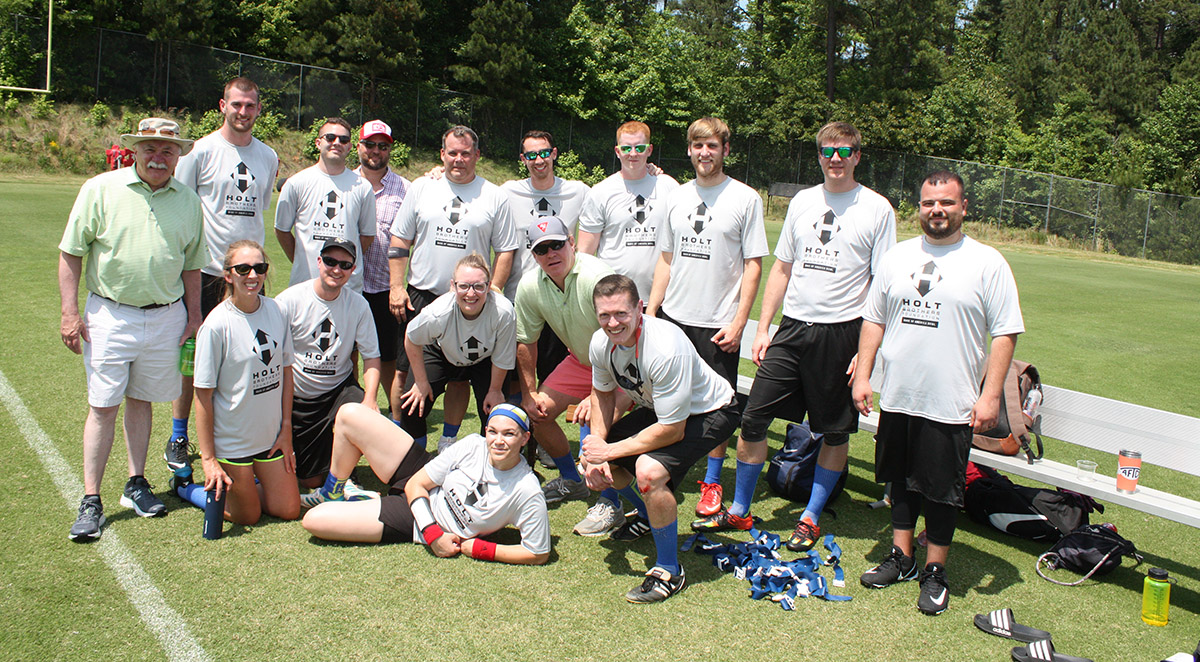 Serving and leading is the pinnacle of #lifeatStewart. One way we give back is our participation and sponsorship of the annual Holt Brothers Foundation Bank of America Bowl, a flag football, cornhole, and tailgating fundraiser for children with parents battling cancer. With numerous local companies sponsoring the event each year, these highly competitive companies form skilled teams to bring their most creative tailgating themes and best athletes. The healthy competition breeds laughter, fun, and good food, all for a commendable cause!

Stewart has supported this fundraising event for the past four years in which we’ve tailgated and played our hearts out each time. This year, our tailgating theme was “It’s a Southern Thing,” which included a plethora of barbeque and ‘fixins’’ from City Barbeque and a beer tap trailer from Brewmasters Mobile. Our Tailgating Committee, which included at least one representative from each practice in the company, strategized and planned for weeks in order to bring our best to the table. Our food and decor won us second place in the tailgating competition with last year’s “The Holt Enchilada” theme winning us an honorable mention. “This year’s tailgate theme happened to align with the southern style and culture of my family’s homeplace, which made it a lot of fun for me to help with the planning effort. I was able to contribute to the authenticity of the decorations by bringing several antique items from the local farm established by my great grandparents, Battle and Hazel Roberts, which is located just north of Raleigh in Creedmoor. It was exciting to integrate these into the tailgate setup and at the same time, be able to share a bit of rural North Carolina’s history with everyone,” said Nicole Steele of Landscape Architecture on her contributions to the tailgate.

The Stewart flag football team featured five rookies and 10 veteran players from several practice areas. “This was my third year playing with Team Stewart, and this year was my favorite. Our team played with heart and commitment, and I enjoyed getting to know coworkers I don’t interact with on a daily basis,” remarked Allyce Brown, a veteran player and Marketing Coordinator. Against teams that were comprised of former college and professional athletes, we played well but unfortunately did not place in the tournament. Team Stewart has high hopes for next year!

Despite our rankings amongst the other companies in the specific categories, we ranked high in having fun, building relationships, and promoting the Holt Brothers Foundation. Win or lose, we band together in our mission statement: strengthening communities by serving, leading, and working in a creative and interdisciplinary way. 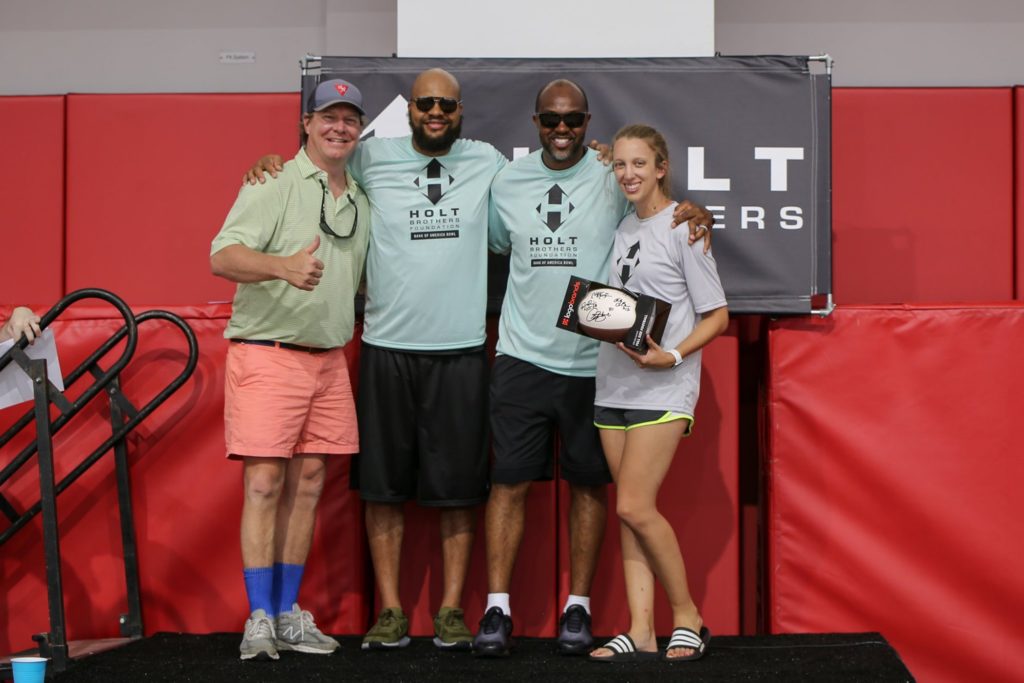 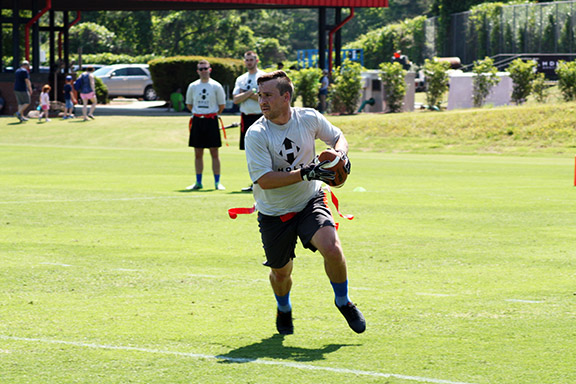 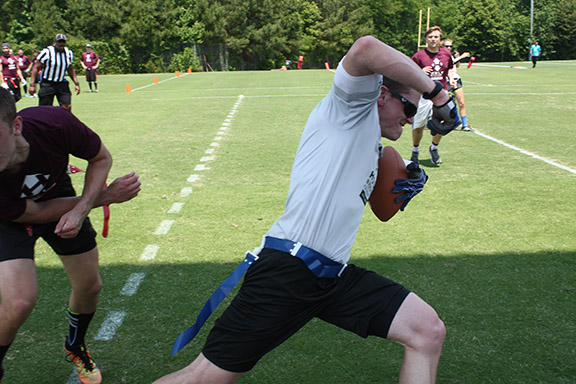 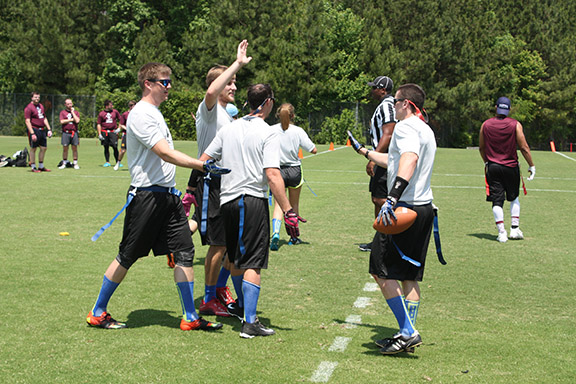 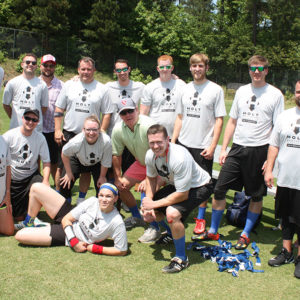 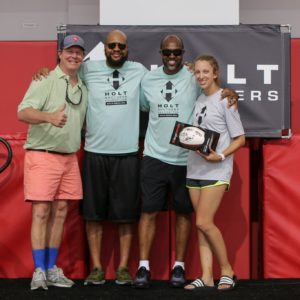 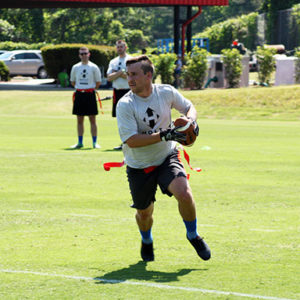 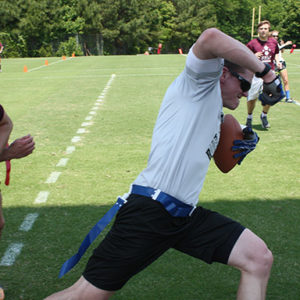 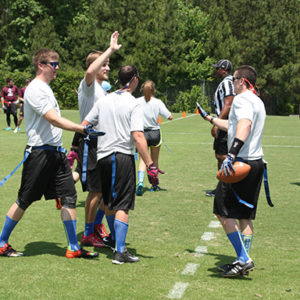